Istanbul is certainly a must, but why not go to 240 km north-west of the capital to discover the  marvelous Edirne? Formerly named Adrianople and founded by the Roman Emperor Hadrian, the city was located in the European part of the Marmara region. It became the capital of the Ottoman Empire during 90 years when it was conquered in 1361 by Sultan Murad the 1st until the capture of Istanbul in 1453. Edirne then became an important center for science and art.

Just next to the city, the Tunca and Maritsa rivers unite and then flow into the Aegean Sea.The famous Adrianople red color, also called Levantine Red or Greek Red, has long been used in the trade of red cotton in Europe.This dyeing technique dates back to the time of the conquests of Alexander the Great. Karaağaç, on the rails of the Orient-Express

The nostalgic of great journeys by train and  literature  lovers will not fail to go to Karaağaç, in the suburbs of Edirne where the Orient Express used to stop. The railway station was designed and built by the architect Kemalettin Beyentre between 1913 and 1914.

In the nineteenth century, Karaağaç was a very cosmopolitan city and the central entertainment center of the Balkans. The city was also nicknamed “Le Petit Paris”. Writers, poets, politicians, Agatha Christie, Mata Hari, Zsa Zsa Gagor without forgetting Pierre Loti who was nicknamed “the Turkophile” liked it a lot. A number of passengers came down to Karaağaç station 3 kilometers from the Greek border and 5 kilometers from Edirne town center. They stayed in the big wooden houses or in the foreign consulates. Sometimes they decided to take a carriage and to cross the historic bridge of Meriç to stay in the hotels of the center of Edirne. This lasted until the foundation of the Turkish Republic in October 1923. Hemingway wrote By line a book containing 80 articles on expatriation and the Second World War. He evokes, among other things, his arrival in  Karaağaç with the Simplon-Orient-Express in 1922, describing the departure of the Greek community who was hurrying to cross the border. Before the Treaty of Lausanne of July 1923, the Maritsa River (Meriç in Turkish) was the border between the two countries and one day passes were issued to go from one side or the other of the boarder. The historic building of the police station that issued these passes was also restored. Through the steam on the train windows due to the rain, Ernest Hemingway compared in his book the ambient atmosphere so close, according to him, paintings by Goya.

From 1890, Karaağaç, welcomed nearly 1000 Levantines. This explained the mass opening of French, Bulgarian and English consulates and schools to make life easier for these Europeans.Many hotels were born such as Adrianople, Athens or the European surrounded by many traditional cafes.

The train station was developed from 1913 to 1914 by the architect Kemalletin Bey taking example on the station Sirkeci of Istanbul. Today this old station was invested by the Faculty of Fine Arts of the University of Trakya where exhibitions are held. The place is worth seeing because it has kept a huge waiting room decorated with frescoes with period objects where a magnificent chandelier in Murano glass is enthroned on the ceiling. You can enjoy, as at the time of the travelers in transit, the serbet, a refreshing drink made from local plants and mint, not to mention the pink tulips to accompany it! Outside, an old steam micheline plunges us with nostalgia into the romanticism of these luxurious travels. Edirne, encircled by the waters of the rivers of Arda, Tunca, Meriç and Ergene is spanned by a dozen bridges. Memorable sunsets will be enjoyed along the Meriç (Maritsa) bridge on the Edirne- Karaağaç road. The bridge is composed of twelve arches and twelve pillars and replaced in 1847 a former wooden bridge. The masterpiece of Sinan the Architect

During a long weekend in Edirne, a series of architectural jewels are worth a visit. The mosque of Selim was built by the architect Mimar Sinan, then over 80 years old. The son of Sultan Süleyman the Magnificent dreamed of a strong symbol for the city of Edirne. The mosque is surrounded by the four highest minarets of the Islamic world, visible from far away when one enters the city. Its dome, 43 meters above the ground, is two meters taller (31.28 meters) in diameter than St. Sophia in Istanbul. Built between 1568 and 1574, the Selim Mosque was declared a World Heritage Site in 2011. 400 master craftsmen and no less than 14,000 workers were appointed for this project. High quality materials were used for the interior decoration such as Marmara marble, Egyptian granite and Iznik ceramic. The gardens and health museum of the Bejazet II complex

During the reign of Sultan Bayezid II, between 1484 and 1488, a new district named Yeni Imaret was established along the Tunca River. Located just outside Edirne, a complex (Kulliye in Turkish) including a mosque, a community kitchen, a hospital and a medical school and baths was erected by the Sultan’s architect, Mimar Hayrettin. This initiative corresponded to a real social commitment. The hospital (Darüssifa) was in charge of neurological and psychological disorders involving music and aromatherapy. The place has become today a Museum of Health attached to the University of Trakya.

Aufildeslieux particularly enjoyed strolling in the gardens of this complex. Here you will be greeted by peacocks in sumptuous colors and curious silk-white hens moving freely in the alleys. Inside the museum space, the sound of a fountain mingles with ambient Sufi music surrounded  by a succession of rooms where characters are displayed in costumes. Here various treatments were lavished on the patients. This museum space received the prize of the European Council dedicated to the Museum of the Year in 2004.

The art of painted wood

Aufildeslieux  visited Halil Teksoz’s workshop in Edirne. This artist does a magnificent job of painting on pinewood, birch and rosewood based on various pigments brought from all over the world. His work is inspired by the mosaics and ceramics of mosques in Turkey and more particularly those of Edirne. The province of Edirne has retained many other ancestral traditions such as the oil fight illustrated by the annual Kirkpinar festival since 1362. This event is held on the lawns of an old Ottoman palace near the city.
Last July, the 658 th edition of this festival was held with more than 2,380 registered wrestlers, the youngest ones were not more than 10 years old. During this event scheduled between 5 and 8 July, more than 3 tons of oil were used. In fact, having the body covered with oil makes this sport more difficult for the different grips and wrestlers have more difficulty in grasping their opponent. The origins of oil wrestling

Traditionally, Turkish soldiers have always called for their training in wrestling supposed to make them more courageous! This festival also makes it possible to display ancestral rituals practiced during its course. The cazgir announces the opening of the competition and introduces the wrestlers to the public. He goes on reading traditional poems to invite the wrestlers to come to the audience and then continues with prayers, accompanied by traditional music.

Aufildeslieux met Bayezid Sanse who composed Kirkpinar’s official anthem: “In Turkey Kirkpinar belongs to Edirne … what we live there is a legend “. This dashing senior, very cheerful and enthusiastic, gave us all the details of his career. At the age of twelve, he lived in the same neighborhood as the musicians of the festival, which allowed him to be invited to this essential event. This was a profound upheaval in his life. Each edition of the festival nourished his imagination, giving him the idea of ​​composing this hymn in 1995: “The wrestlers are accompanied by 20 zournas (traditional flutes) and 20 dohols (drums) throughout their battles … do not forget that this is the second oldest sport after the Greek marathon! “.
Wrestling in such a festival is an important element for the social rise of these wrestlers who came from all over Turkey. The supreme distinction is to receive the gold belt. It weighs 1400 grams and was made with 22 carat gold. The wrestler who has won the Kirkpinar contest for three consecutive years will have the right to wear this emblem during his entire life. The traditional dishes of Ottoman cuisine

During the preparation of the Kirpinar festival there was a gastronomic contest introducing the imperial cuisine of the Ottoman Palace in the 15th and 16th centuries. The jury reviewed many dishes including traditional Böreks, cheese and meat-stuffed dough rolls and saffron irmik helvasi, a delicious saffron and semolina dessert. In the distance we could hear the musicians of the festival announcing loudly the 658th edition of the wrestling festival from street to street … Flights Paris-Istanbul on Turkish Airlines, Round trip from 402 euros
Istanbul / Edirne itinerary is recommended by taxi
Count between 130 and 170 euros to cover this 3 hours journey.
http://www.onlinetaksi.com

The organizers of the Kirkpinar Festival in Edirne
Turkish Airlines
Corinne Both / Parker Company Consulting
My guide Ozer Sahin and Kemal Kiliç for his hospitality in his restaurants in Edirne. 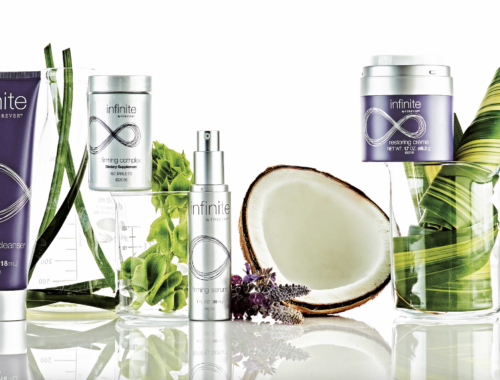 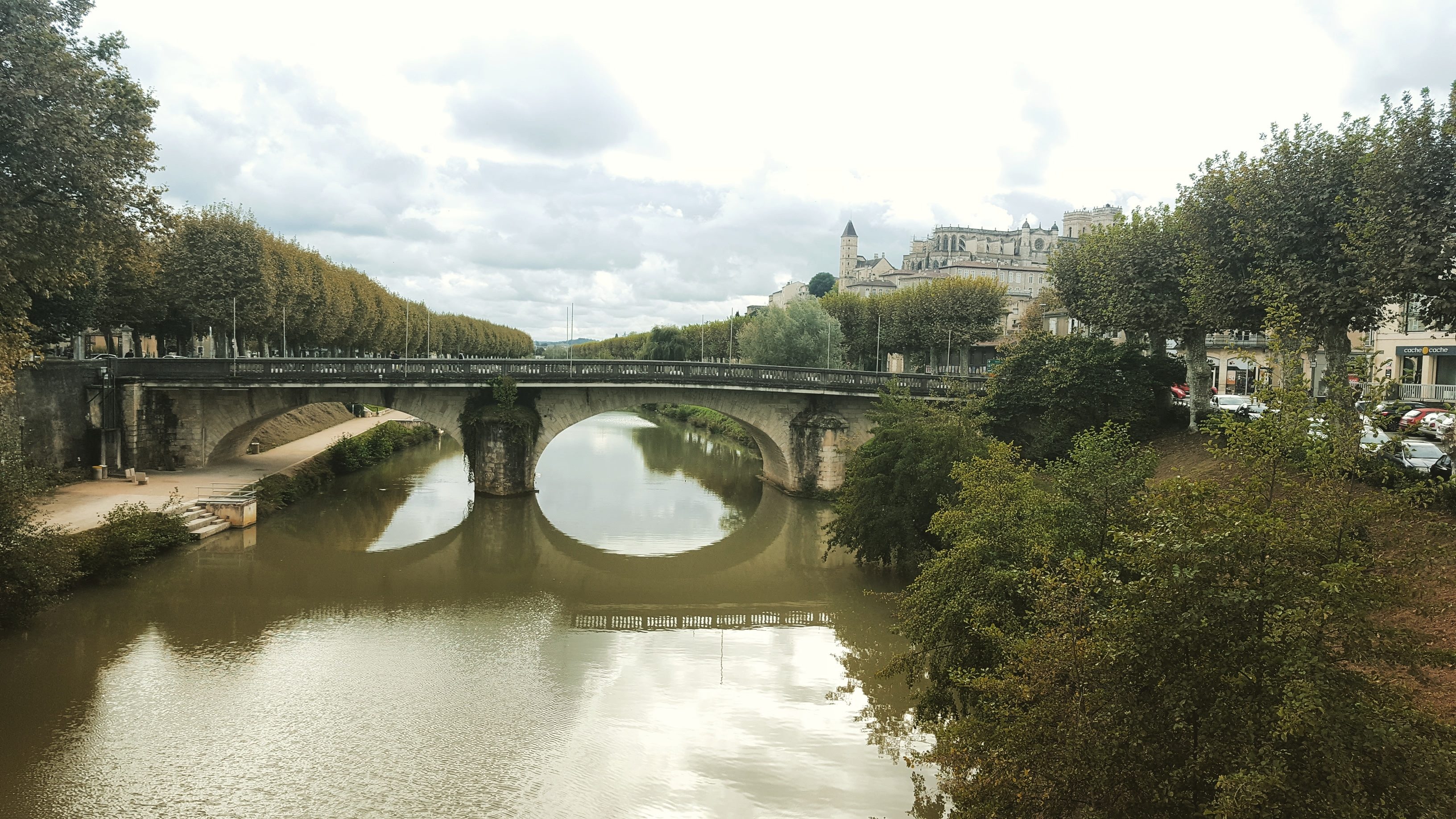